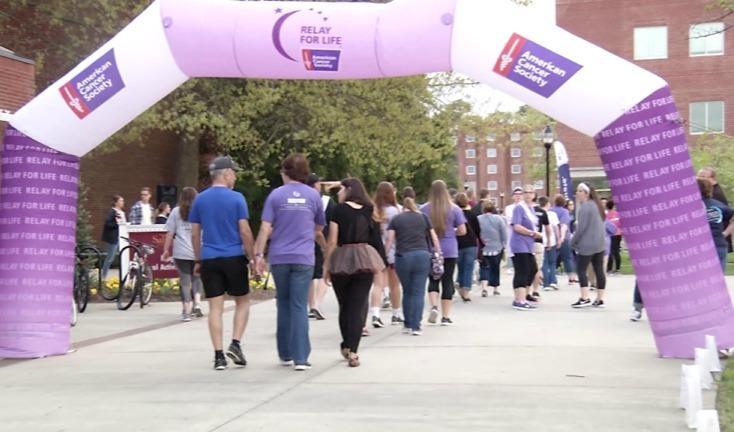 Since 2002, Salisbury University's Relay for Life has raised over $1 million for the American Cancer society. SU has twice been named one of only 20 "Leaders of Hope" by Colleges Against Cancer (CAC), an ACS program that unites college students, faculty and staff from more than 300 campuses in the fight against cancer. SU also was named CAC's "Rookie of the Year" Relay chapter, and the University's CAC chapter won an Outstanding Advocacy Award, one of only six honors given annually nationwide. Other accolades include the Excellence in Student Service Group Award, the ACS South Atlantic Division Top Collegiate Fundraising Award and the Outstanding Administration Support Award.

Your gift supports the efforts of the student run committee who organize the event start to finish. From committee meetings, campus promotion, team captain meetings, fundraisers, event rentals to decorations every dollar helps students put on a fun and educational event that fundraises and honors those affected by cancer.

Thanks To Our Recent Donors!

How Can YOU Make a Difference?

Donations are applied to...

Why are donations necessary?